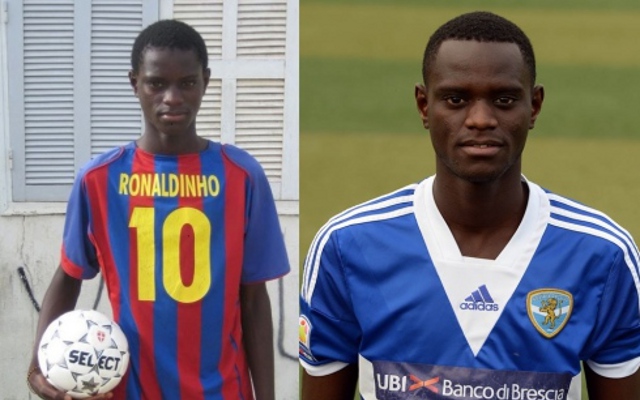 The agent of Manchester United target Racine Coly has rubbished reports linking his client with a move to the Premier League this January, stating instead that a switch to Serie A side AS Roma could be on the cards, as reported by Calcio Mercato.

The 18-year-old full-back was though to be a target of Louis van Gaal’s this January, but it now seems the youngster will be staying in Italy.

Roma have enjoyed a fantastic start to the season, but one area they seem to be struggling in is the full-back department.

Ashley Cole has failed to live up to expectations since being brought in from Chelsea this summer, while Rudi Garcia seems to have little faith in his other options.

Despite currently playing in the Italian second division, Coly has emerged as a target for a number of top clubs; Roma seeing him as the ideal replacement for their current under-performing wide men.

His agent Lorenzo Liberatori confirmed the interest from the capital club when speaking to an Italian publication.

“There is a good chance he could go to Roma as early as January,” he said.

“The clubs have spoken, now let’s see how things go.”

Man United will have to wait if they want to get their hands on the youngster however, as Liberatori also confirmed that Racine was ineligible for a work permit and would be unable to make a switch to the Premier League.

“Even some foreign clubs were interested in the boy,” he confirmed.

“The problem is that in England you must appear in 75 percent of your national team’s games to transfer there – he will make his debut for the national team shortly and should be called up for Senegal’s next match.”