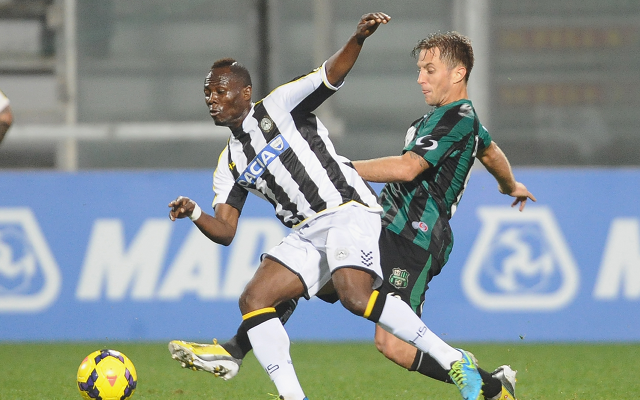 Liverpool are believed to be set to revive their interest in Udinese midfielder Emmanuel Agyemang-Badu ahead of the January transfer market, according to the Daily Mirror.

The news comes a year after the Reds were initially linked with making a move for the player in the Previous January window, only for any potential move to fall through.

Udinese may see their resolve tested in the New Year, though, as Brendan Rodgers remains keen to add some steel to his midfield following their lacklustre beginning to the campaign.

Fellow Premier League sides Hull and West Brom are also said to be interested in his services, while Tottenham are said to be monitoring his situation as well.

The 23-year-old joined Udinese back in 2010, and has gradually become a first team regular in the side as well as establishing himself in the Ghanaian national team – making 49 appearances since making his bow as an 18-year-old.