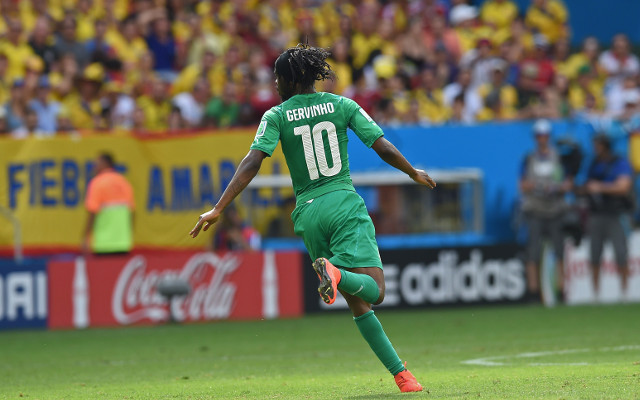 After a fine period at Lille OSC in Ligue 1, Gervinho has become a very good player at AS Roma. It’s just the part in between at Arsenal that wasn’t particularly useful.

Arsene Wenger sold the Ivorian to the Giallorossi in summer 2013 after he managed only nine Premier League goals in two years in north London. Fans were particularly frustrated with his capability to produce the sublime and the ridiculous all at once – a habit he hasn’t quite shaken despite his recent improvements.

Cote d’Ivoire were already 5-1 ahead when Gervinho was sent through on goal, tricked his way past the remaining defender… before – well – doing this.