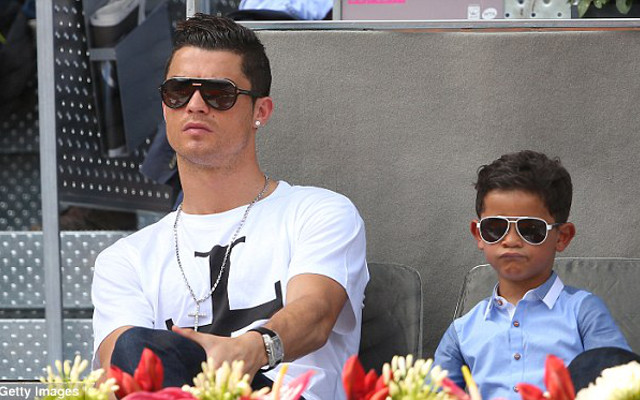 Cristiano Ronaldo became a father in 2010 when the Real Madrid legend welcomed Cristiano Junior into the world.

The identity of the boy’s mother is not public knowledge. Bizarrely, the lad himself doesn’t even know who his mummy is.

Despite the uncertainty surrounding his creation, one thing is for sure… He’s a dead ringer for his dad!

Happy to spend family time with my son.