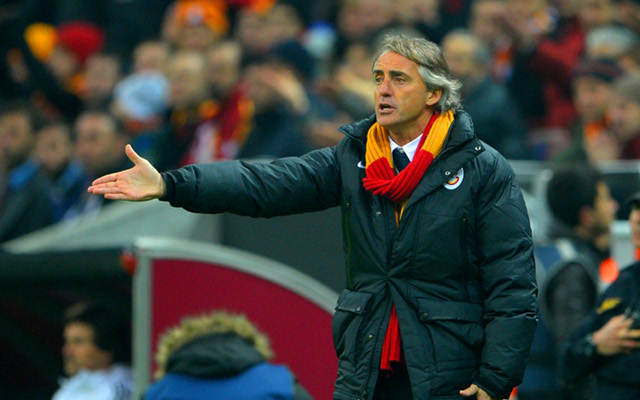 All the latest headlines from the newspapers in Italy as Roberto Mancini returns to Inter Milan with Walter Mazzarri sacked after failing to improve.

– Shock at Inter, Walter Mazzarri axed, the man of the three Scudetti returns.

– Derby, Fernando Torres knows what to do. He has scored 10 goals in local clashes in Spain and England, while his Liverpool already beat Mancini’s Inter.

– There are seven out of action, but Juve can recharge over the break.

– Francesco Acerbi fairytale, after the tumour there is the Azzurri.

– Nerazzurri revolution, Mazzarri out in a coup organised by the ex-patron.

– ‘Inter, you will become great again’. The Coach: ‘Proud to be here once more, straight away the derby and then Roma to change gear’.

– The President: ‘We got the best. It was a collective decision, but Massimo Moratti helped a great deal’.

– The contract worth €14m net over three years. Erick and Massimo made the choice in an hour.

– Mazzarri sacked, the Coach returns to the Nerazzurri after six years.

– ‘A new stimulating challenge. I am happy to embrace the Inter fans again’. He signed until 2017, sudden decision from Thohir directed by Moratti.

– Market: Borini and Johnson the hot names, but Balotelli could return from Liverpool.

– Juve with three stars? New sponsors Adidas push to bring back the symbol taken away in 2012.

– Amauri: ‘Toro, I promise you that I will score’.

– When jerseys divide the fans.