No early return for Divock Origi 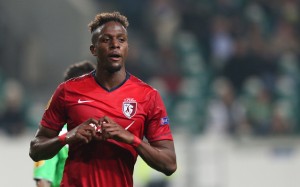 Liverpool striker Divock Origi, currently on loan with French side Lille, has taken to Twitter to pledge his commitment to completing his season-long deal.

Reports in the Daily Mirror explain that the striker has been tipped for a winter switch back to Merseyside to solve Liverpool’s striker crisis, but his intent on returning to Anfield at the end of the season.

Hi guys,I just wanted to clarify after today’s press reports that I will continue to give my all &100% for Lille over the coming months(1/2)

and I am very much looking forward to joining Liverpool from next season.(2/2)