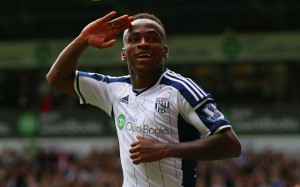 The Reds face competition from Italian sides Inter Milan and Juventus for West Brom’s Saido Berahino. The Baggies striker has enjoyed a stunning season and has recently been rewarded with a spot in the England squad.

Reports in the Sun state that with Liverpool misfiring in front of goal, Brendan Rodgers was said to be weighing up a January swoop but he will face a battle with the Serie A duo.

Arsenal and Tottenham have both been linked with Berahino in recent times – although he is set to hold talks over a new deal at the Hawthorns.