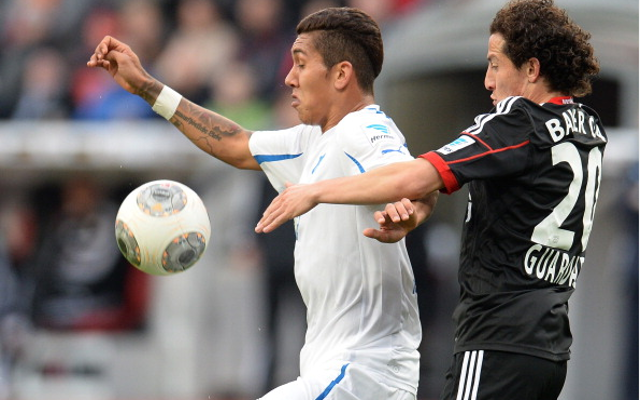 Red Devils believed to have won the race for £20m youngster.

Manchester United have won the race to sign Hoffenheim attacking midfielder Roberto Firmino after seeing a £20m bid accepted by the Bundesliga club, according to the Daily Express.

The 23-year-old Brazilian has been one of the most impressive playmakers in the German top flight in recent times, also attracting interest from big clubs such as Arsenal, Liverpool, Chelsea, Real Madrid and Bayern Munich.

Firmino looks an outstanding prospect able to play in a variety of attacking positions, either upfront, behind the main striker or on either flank, and he recently won his first cap for the Brazilian national side.

With rumours that United could be set to offload Juan Mata to Atletico Madrid this January, it may be that Firmino has been targeted as a direct replacement for the Spaniard in the attacking midfield positions.

After spending big on a variety of attacking players during the summer, this looks like another exciting move by manager Louis van Gaal, who has not given up on perfecting his side’s options in the advanced midfield roles.

This deal is now expected to go through in January, despite Firmino attracting so much interest from United’s rivals.