Liverpool are set to make a £25m bid for Chelsea’s 24-year-old forward Andre Schurrle, but they face stiff competition from Tottenham – according to reports in the Daily Express.

However, such a big money move won’t even scratch the surface of the top ten biggest transfer moves between Premier League clubs, which are counted down below and ranked in terms of success or failure: 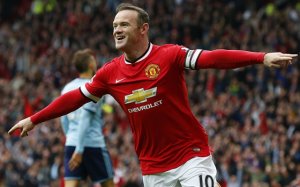 SUCCESS: The England captain has a long and successful career at Old Trafford, where he is also skipper.