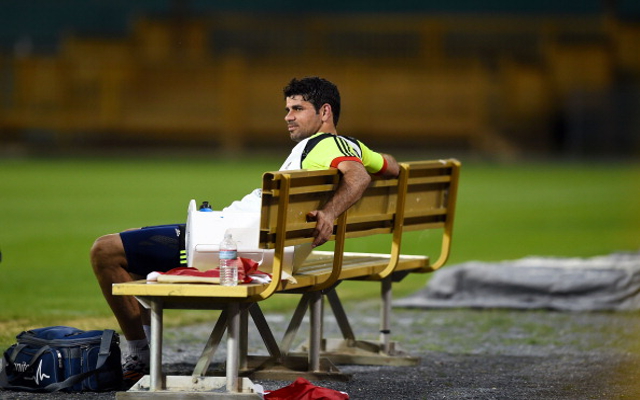 Spain coach Vicente Del Bosque has revealed that he dropped Chelsea striker Diego Costa from his latest squad because he didn’t want to risk aggravating the “crippling nature’ of the striker’s groin injuries, according to the Daily Star.

The Chelsea striker has suffered a number of injuries this season, which has prompted a fierce club v country row between Blues boss Jose Mourinho and Del Bosque.

The rift was made worse this week when Cesc Fabregas returned to Stamford Bridge with an alleged muscle problem despite Del Bosque refuting the injury.

However, Del Bosque has defended the loyal Fabregas and admitted there was “no reason” to bring Costa to Spain for medical checks.

He said: “It was a normal week. I don’t know what else to say. The players have behaved extraordinarily.

“We’re sympathetic to the criticism but we move between athletes and have raw confidence. We’re not fooling anyone and if you think we’re trying to fool anyone, we’re not.

“Sergio left on his own because he was injured and we took him out in other times because we had discomfort. I trust the word of my players. We’ve worked well together for some six years, the way it has and should be done with human relationships.

“Busquets has trained well and his degree of commitment is the same as the others. Pique and Cesc have been with the national team since they were 21 and 17, respectively, they are sixty-something and ninety-something time internationals, they are Euro and World Cup champions and I trust them because they’ve been heroes.

“They have given us so much and I have no doubts about them. Diego Costa’s case is special. A groin injury can be crippling sometimes. He has slowed down his pace in training at his club and we decided not to call him up. Therefore, there was no reason to bring him to Madrid.

“If we doubted his commitment, that’d mean bad business. Diego, being a nationalised Brazilian, chose to play for Spain and has played injured for us.”