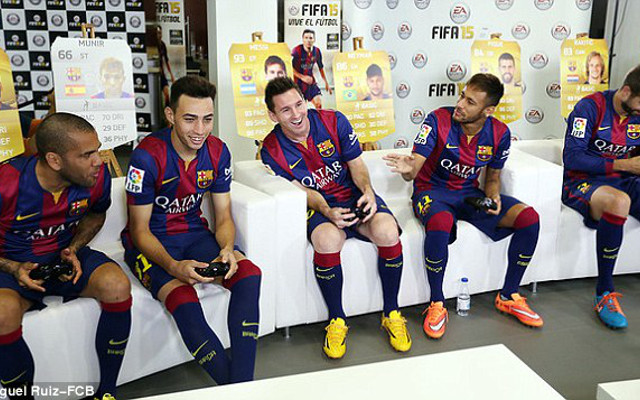 Barcelona stars indulge in an epic Fifa 15 session. Lionel Messi, Neymar, and a number of players getting stuck in on the virtual pitch…

Footballers may live in colossal mansions, drive fancy cars, and earn millions and millions per year, but they still enjoy a game of FIFA as much as the rest of us.

In an epic four vs four match, the Barcelona boys squared off against each other in the latest iteration of the game; Fifa 15.

A tense game and a blockbuster finish. But who won?