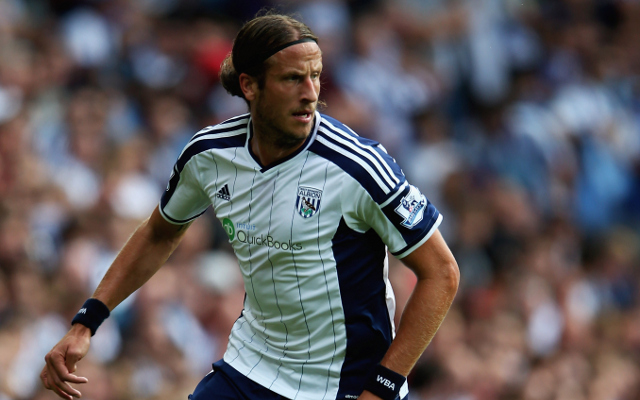 Aston Villa are preparing for the loss of skipper Ron Vlaar by making a move for West Brom defender Jonas Olsson according to the Sunday Mirror.

The 31 year old Swedish international, and former Baggies captain, has started just four of West Brom’s 11 Premier League fixtures and may therefore be open to a possible exit.

A move to Villa Park would clearly be a contentious one to make but Olsson may still be ready to move to West Brom’s local rivals nonetheless.

Aston Villa boss Paul Lambert is apparently ready to turn down January bids for Vlaar but the Dutchman’s contract expires next summer and as such a replacement will be needed sooner or later.

No-nonsense centre-back Olsson moved to West Brom in August 2008 and has made a total of 210 appearances for the Hawthorns side.