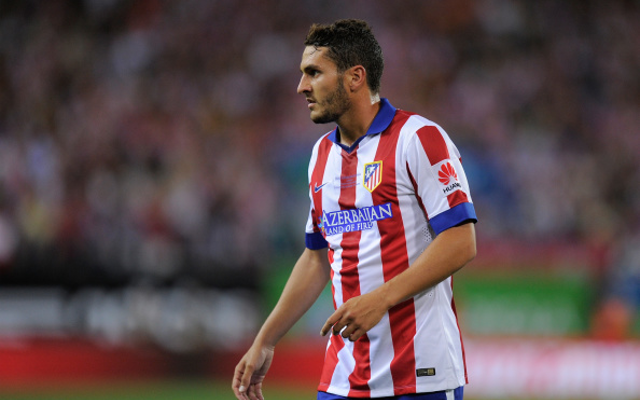 Chelsea and Manchester City look set to be in direct competition for the signing of Atletico Madrid star Koke this January as they prepare to meet the 22-year-old’s £48m release clause.

According to the Daily Express, the talented young Spanish international is a top target for both clubs this winter, and they look set to move ahead of Manchester United and Liverpool in the race for his signature.

Neither of those clubs look willing to pay the amount required to activate Koke’s release clause, but Chelsea and City are prepared to spend big to sign this world class talent, who has shone for Atletico in recent seasons.

Compared with Barcelona and Spain legend Xavi, Koke played a major role in Diego Simeone’s side’s immense success last season as they won La Liga and reached the Champions League final against all the odds.

The intelligent midfield playmaker has also made a great start to this season, notching up three goals and 11 assists in all competitions so far this term, establishing himself as one of the most creative players in Europe.

Chelsea raided Atletico twice this summer as they signed Diego Costa and Filipe Luis, and they hope to now lure a third star from Vicente Calderon to Stamford Bridge.