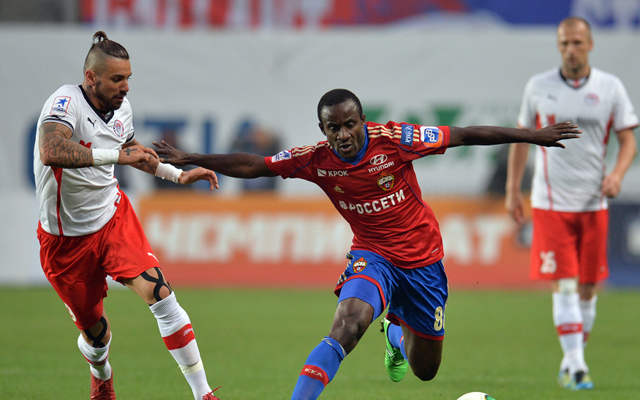 Doumbia was chased by a number of top European clubs this summer, with Chelsea reportedly coming closest to landing the Ivory Coast international’s signature.

His current deal expires at the end of the 2016 season, with his suitors on alert to his possible availability in January. If he turns down a new contract with CSKA then he could be available for as little as £15m; a bargain for a player of his quality.

The prolific 26-year-old has scored nine goals in 14 games for CSKA this season, including three against Premier League champions Manchester City.

Arsenal bought Danny Welbeck this summer, but Arsene Wenger still seems to be on the lookout for a quality forward, while Liverpool brought in Mario Balotelli who has failed to impress so far. Chelsea seem to have hit the jackpot with Diego Costa, but Jose Mourinho may see Doumbia as the long term replacement for the ageing Didier Drogba.