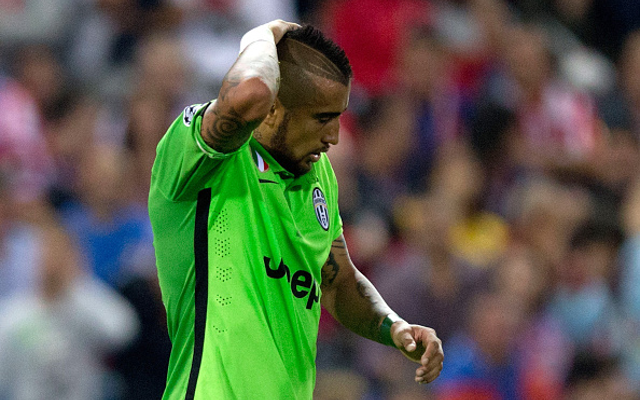 Juventus general manager Giuseppe Marotta has revealed the truth behind Manchester United’s pursuit of Chilean midfielder Arturo Vidal during the summer transfer window, according to the Manchester Evening News.

The 27-year-old is one of the world’s best midfield players, having shone in Serie A and for his national side in the last few years to see him attract strong interest from a number of top European clubs.

United seemed the likeliest contender to sign him during the summer, with constant speculation that Louis van Gaal was working on a deal to bring him to Old Trafford, though this never materialised.

Many explanations as to why the move fell through have been offered in the press, but Marotta has now revealed that Juventus simply refused to let the player go as they were determined to hold on to him.

Vidal would no doubt have been an excellent signing for United, but Juve are also a big club who will have been glad to avoid gaining the reputation for selling their best players whenever big offers come along.

Marotta has firmly stated that Vidal was always in their plans this season and that they simply would not let him make an exit from the club.

“We didn’t want to give Vidal to Manchester United, end of story,” he said.