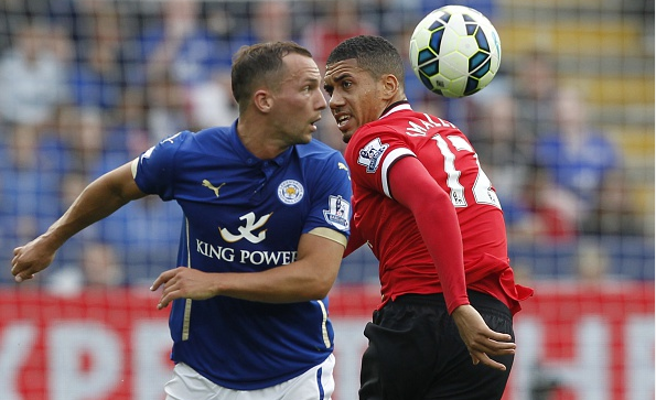 Manchester United manager Louis van Gaal is set to block any attempt from Premier League rivals Arsenal to sign central defender Chris Smalling in the January transfer window, report the Daily Star, despite the fact that the Dutchman branded the England international as “stupid” following his red card in the first half of the Manchester derby defeat at the Etihad Stadium recently.

The report suggests that Gunners manager Arsene Wenger is a long term admirer of Smalling and has wanted to bring him to the Emirates Stadium since he was at Fulham – and is willing to pay up to £10 million for a player who still has his best years ahead of him, although this would still represent a loss for the Red Devils.

Despite the poor performances of Smalling in a United shirt this season, however, van Gaal will not decide on the future of Smalling until the end of the season and would, in all likelihood, be concerned about shedding any more defensive bodies from a squad that already looks worryingly light in that area.

Arsenal may have to look elsewhere in their search for cover for first choice duo Laurent Koscielny and Per Mertesacker, an area of grave concern with Nacho Monreal having had to play out of position in the middle in recent weeks.