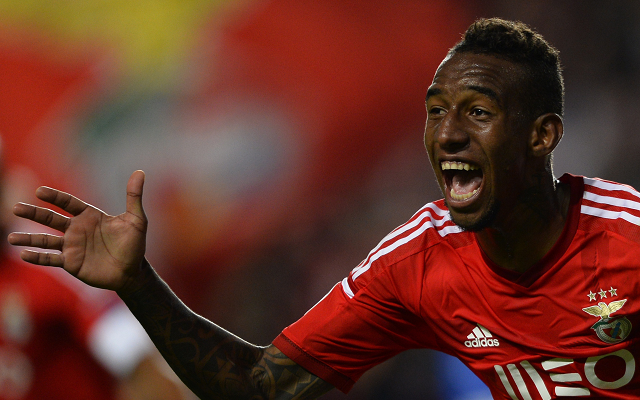 Manchester United could be ready to join the likes of Liverpool, Chelsea and Arsenal in the race to sign Benfica wonderkid Talisca, according to the Daily Express.

The superbly talented 20-year-old has been in incredible goalscoring form this season to attract strong interest from a host of top clubs, with the Premier League possibly his next destination if he continues to impress.

United are the latest side to show a strong interest in the young Brazilian, who has a release clause of £35m with the Portuguese giants, though the Red Devils are not yet expected to match that high asking price.

Louis van Gaal has been wowed by the player, however, and could encourage the club to submit a £10m bid for his services ahead of the January transfer window, with the Dutchman keen to continue strengthening his squad after a busy summer of ins and outs at Old Trafford.

Talisca could join the likes of Angel Di Maria and Radamel Falcao in moving to United in exciting transfer deals, though of course the other clubs interested in him will surely have something to say about that as well in a potential bidding war this winter.