Although there is a deal of scepticism as to whether UEFA can fully enforce their stringent Financial Fair Play rules, there is a definite sea change afoot.

With that in mind, the Daily Mail believes that the rise in pre-contract agreements could be a steep one in the coming years. Free transfers are nothing new – and do cost clubs hefty amounts in inflated sign-on fees – with some managers hoping to get business done early. 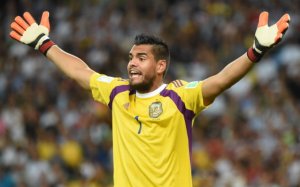 The man who saved two Holland penalties in the World Cup semi-final could well be leaving Serie A at the end of this season. Manchester United and Liverpool have both been linked as they seek suitable competition for David De Gea and Simon Mignolet.