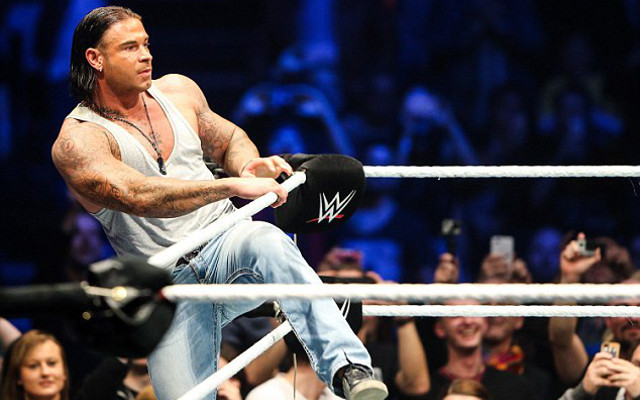 Former Germany goalkeeper Tim Wiese made his professional wrestling debut on Saturday when he climbed into the ring to confront Tag Team Champions Gold and Stardust.

The 32-year-old took up body building after retiring from football, and after being offered the chance to join the WWE earlier this year he finally made his first appearance during a show in Frankfurt.

His appearance was brief and he was barely involved in the action, but the 6 ft 3 inch muscular German certainly looks the part.

He will no doubt have to go through months of intense training before he is actually able to be involved in a match, but the fact that he has made an appearance shows that the WWE are serious about bringing him into the fold.

Whether Wiese will be a success on the pro wrestling circuit remains to be seen, but the fact that he is already a minor celebrity could go a long way to helping him gain recognition and press attention.