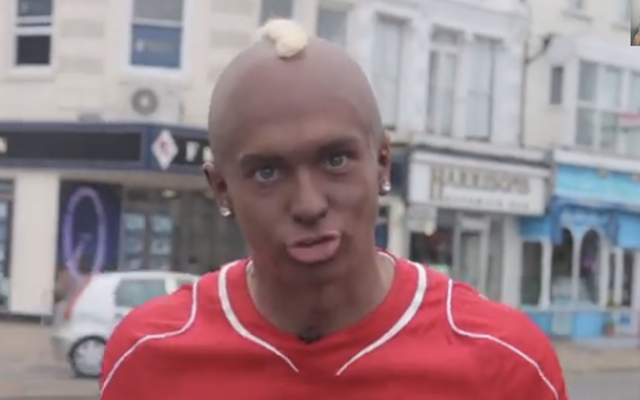 Weller’s disguise, which included full football kit, face paint and a wig, was far from convincing, but he managed to get a phone number and a kiss.

He also came close to getting himself into a fight with a protective boyfriend, but, somewhat disappointingly, he managed to worm his way out of it.