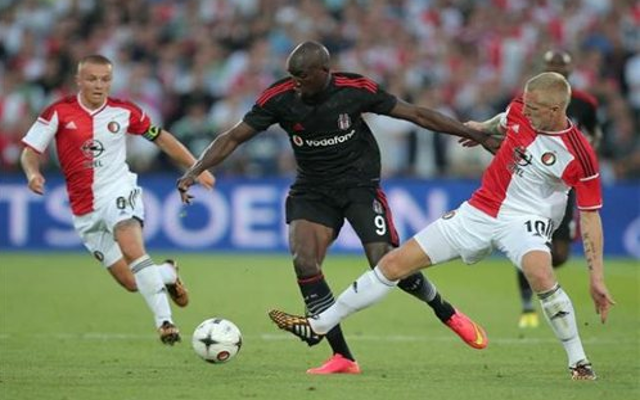 West Ham are lining up an £8m bid for Besiktas striker Demba Ba according to the Daily Star.

The 29 year old, who spent half a season at Upton Park in 2011, moved to Turkey in July after falling down the Chelsea pecking order and has proven a success but could perhaps be open to a Premier League return.

Ba has netted ten goals in 14 appearances for Besiktas and his side are challenging for the Super Lig title.

West Ham boss Sam Allardyce has seen his side start the season in excellent fashion with new signings Diafro Sakho and Enner Valencia both impressing.

Indeed interest in Demba Ba may well be with a view to replacing injury prone England international Andy Carroll though one potential stumbling block to a move back to Upton Park could be the contentious circumstances in which the Senegal international left the east London club.

Ba was a success at Upton Park but beat a speedy exit after they failed to avoid relegation and that may well go against him in terms of any fan reaction to his possible return to West Ham.