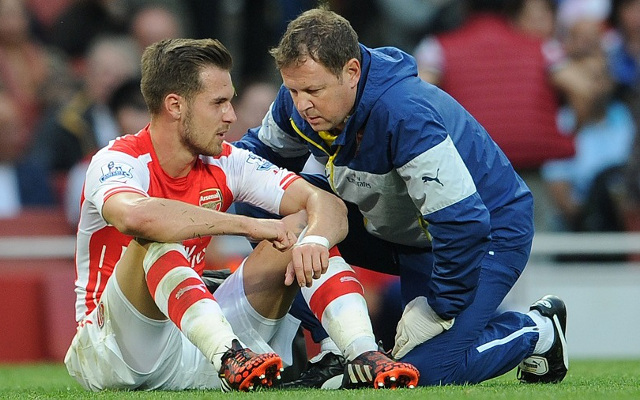 Following Wales’ Euro 2016 qualifying match in Brussels, Emirates Stadium star Aaron Ramsey has admitted to some concerns over his current level of fitness…

Arsenal star Aaron Ramsey has revealed that he is not 100% fit after Wales held Belgium to a 0-0 draw on Sunday, as reported by the BBC.

The 23-year-old helped his side earn a hard fought draw against Belgium in their Euro 2016 qualifying match last night, but admitted that he is still suffering from the effects of a hamstring injury he sustained in September.

He was ruled out for a number of weeks following his injury against Tottenham, and is still feeling the effects nearly two months on.

“It’s going to take a few more games for me to get back to my best, but I’m not worried,” he said.

Against all odds Wales remain unbeaten in  Group B of the Euro 2016 qualifying round, a point against Belgium was a fantastic result and they will be even more confident of qualification now.

Arsenal desperately need the midfielder to stay injury free, as the North London side are once again going through an injury crisis. Ramsey has undeniably been a shadow of the player he was last season, but he could still prove vital to the Gunners’ season.