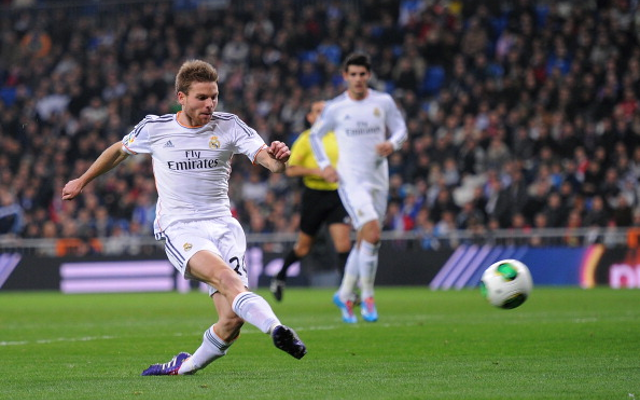 Asier Illarramendi believes that he can impress in Croatian’s absence.

Arsenal are set to miss out Spanish central midfielder Asier Illarramendi once again, according to the Express, with the young midfielder set to spurn any advances from other clubs to look to impress manager Carlo Ancelotti in the absence of playmaker Luka Modric after he picked up an injury playing for Croatia against Italy last night.

The Gunners have reportedly held a long standing interest in former Real Sociedad midfielder Illarramendi and were seemingly interested in bringing him to the club from San Sebastian in a £26m deal when he first joined Real Madrid, but he chose to make the move to the Spanish capital rather than the Premier League.

Illarramendi has failed to establish himself as a first choice player since moving to Madrid, however, which had led to speculation that he could be tempted were Arsenal to return with a new bid for him in January – but this new report suggests that Illarramendi is confident of impressing in Modric’s absence and nailing down a place in the team.

Modric has formed an impressive partnership with German international Toni Kroos in the centre of the Real midfield this season, but is set to be missing for at least five weeks after limping off in his country’s 1-1 draw against Italy at the San Siro last night.