Wayne Rooney takes his place in England’s greatest ever XI…

England captain Wayne Rooney earned his 100th Three Lions cap on Saturday, and at the age of 29 he seems likely to surpass both his country’s appearances and goal scoring records. 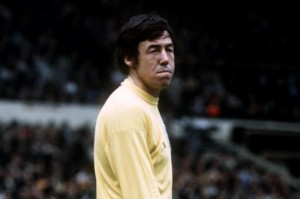 Gordon Banks was a World Cup winner in 1966, and his displays throughout the tournament that summer were enough to seal his legend. He also played his part in one of the World Cup’s most memorable moments – that save from Pele’s header in 1970.