She looks like she is doing an advert for Beats headphones, but even in her baggy black T-shirt she still looks absolutely smoking hot. 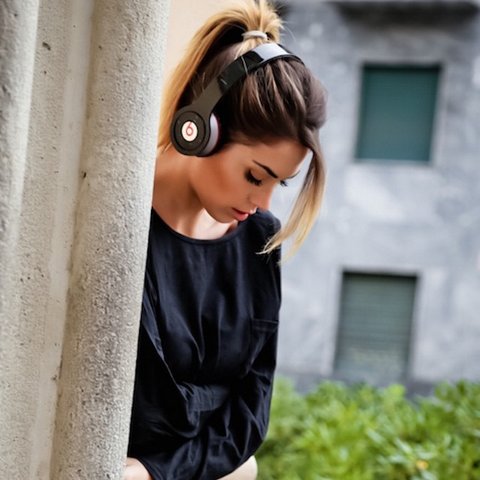