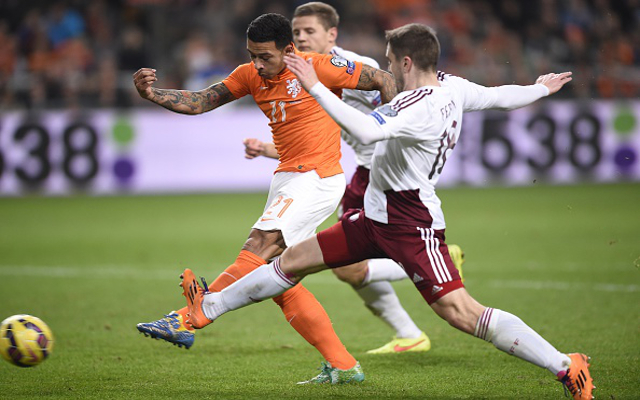 Old Trafford side set to bring in PSV Eindhoven youngster.

Man United are closing in on the capture of Dutch winger Memphis Depay according to the Metro.

The Old Trafford side failed with an approach for the youngster, dubbed the ‘Dutch Cristiano Ronaldo’, but are now set to hand over £18m to snap up the 20 year old this summer.

Man United have a fair few wide-attacking options though the likes of Nani, Ashley Young, Luis Antonio Valencia and attacking midfielder Juan Mata are all seemingly not nailed on first teamers under van Gaal and therefore room could be made for Depay to join the Premier League side.

Depay is already into his fourth season at the Philips Stadion and has racked up 12 goals in 13 appearances this term and may well be ready for the inevitable move away from the Dutch top tier.

‘Of course Memphis will be sold, you can’t stop that but it’s okay,’ said PSV coach Phillip Cocu.