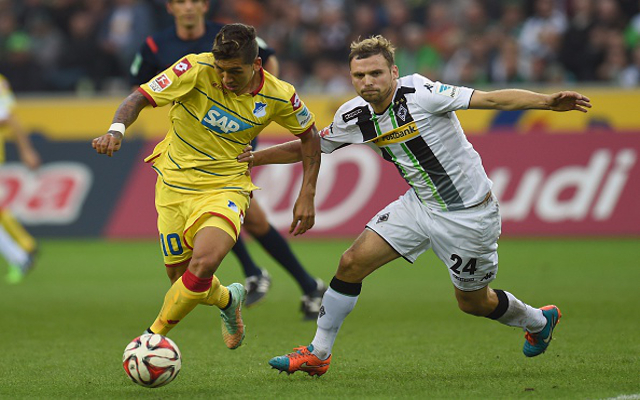 Old Trafford side to welcome in Bundesliga star.

Man United are reportedly set to complete the signing of Hoffenheim attacker Roberto Firmino in a £25m deal according to the Metro.

The 23 year old has been dubbed the ‘New Kaka’ and will apparently cost Louis van Gaal £25m and is a player Liverpool have been scouting for two years, which may well make the capture all the more sweeter for the Old Trafford side.

Firmino has impressed a great deal since moving to Germany in 2011 and has been hugely effective in the past two campaigns.

Last season the former Figueirense man netted 16 Bundesliga goals and also finished as the second highest assist maker, stats that are all the more impressive given he doesn’t represent one of the big boys of the German top tier.

Firmino has five goals and five assists to his name this term and earned his first full Brazilian national team cap last week.

The playmaker could well prove a very capable signing though one wonders quite where he would fit into Man United’s starting eleven.

Though Firmino could perhaps be seen as a replacement for Juan Mata it’s worth noting that the Spaniard is by no means a fist choice starter himself given van Gaal also looks to accommodate Angel di Maria, Robin Van Persie, Radamel Falcao and Wayne Rooney into his side.