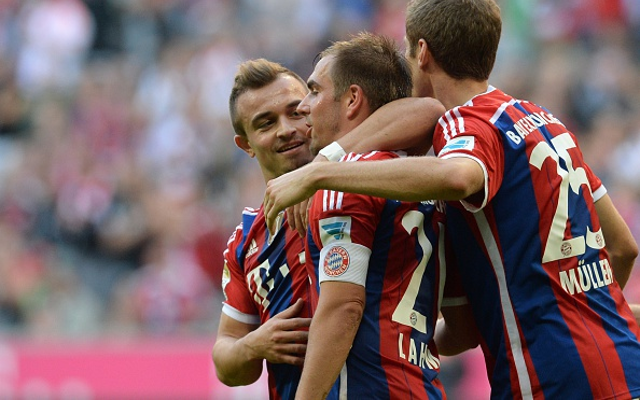 Manchester United are said to be in pole position to sign Bayern Munich winger Xherdan Shaqiri this January, according to the Daily Express.

German side Schalke have supposedly ended their interest in snapping up the unsettled Swiss international, who has not managed to establish himself as a regular in Pep Guardiola’s side this season or last.

This has led to much speculation that the talented wide-man could be on his way out of the Allianz Arena this winter, with United now thought to be the favourites to snap him up as they continue their big spending from the summer transfer window.

The 23-year-old has previously been regarded as one of the most promising young talents in Europe when he broke through at his former club FC Basel, but he now looks in need of a move after failing to make the grade at Bayern.

United are now tipped to be his next club, with Schalke ruling out a move for him as well as for out-of-favour Arsenal and Chelsea stars Lukas Podolski and Andre Schurrle, whose futures are alsoin some doubt as January approaches.