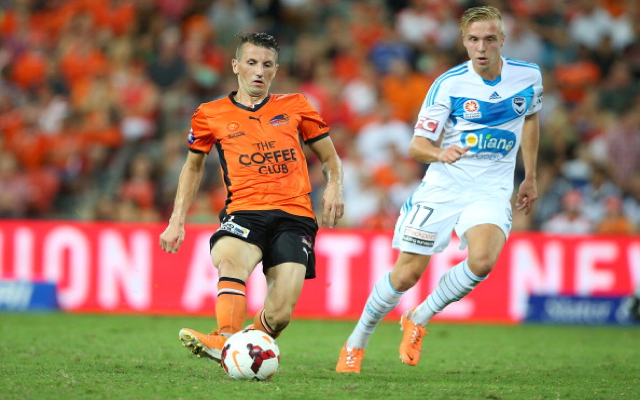 Melbourne City manager John van’t Schip says he wants Liam Miller to stay beyond his one-game stint after a solid performance during the club’s 2-2 draw with Central Coast on Sunday.

The recently released Brisbane Roar midfielder joined City on a short-term deal as an emergency replacement for Aaron Mooy and Stefan Mauk, who both missed yesterday’s game due to Socceroos and Olyroos duty respectively.

“We know that and you could see today, he’s a good player.

“I think you saw that, with keeping the ball, being patient, just giving the team some extra rest when we had the ball. I was very happy with his performance.

“We’ll have a talk and see what’s possible for the coming period.”

City squandered a golden opportunity to win two on the trot on Sunday after conceding two late goals to draw 2-2.