Manchester United and Liverpool are reportedly planning January moves for Bayern Munich star Xherdan Shaqiri, and after German publication Bild revealed Pep Guardiola’s latest thoughts in the player he looks to be edging closer to the door.

The Swiss star is no longer wanted at the Allianz Arena according to German press, with current boss Pep Guardiola deeming him “not clever enough” to play for the Bundesliga Champions. 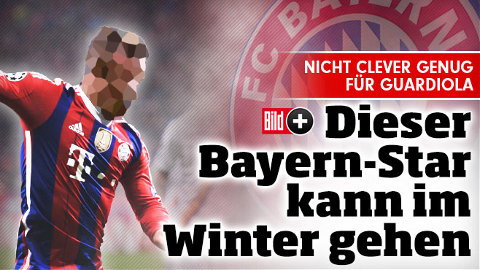 Bids were turned down over the summer, but Shaqiri will be free to explore a move this January; a bid in the region of €20m thought to be enough to prise him away.

The World Cup star has made just three league appearances for the German giants this season, accruing just 310 minutes of playing time.

If a move to a Premier League side like Man United or Liverpool were on the table it would be hard for the player to turn it down, especially having seen his chances at Bayern severely limited. Arsenal and Tottenham are also thought to be interested, but are some way behind in the hunt for his signature.