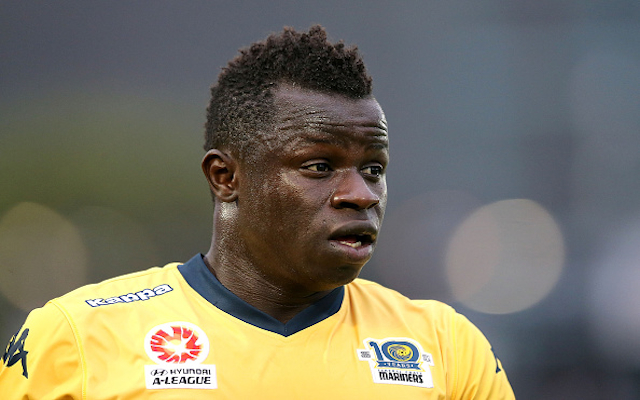 The Mariners deny Mane has been released….yet.

Striker Malick Mane remains at the Central Coast Mariners, but the A-League club say they are open to releasing him on compassionate grounds.

There were widespread rumours that the Mariners would release the Senegalese forward back to parent club IFK Goteborg after he reportedly abused teammates after the side’s 3-2 FFA Cup loss to Adelaide United last week.

“As of this morning, Malick Mane has not been released from his loan agreement with Central Coast Mariners FC,” a statement from the Mariners read.

“(We) are open to releasing Mane from his loan spell in Australia on compassionate grounds, but no paperwork has yet been finalised.”

Central Coast also rejected claims that Mane swore at teammates following the loss to Adelaide, but did admit he was disappointed at being told he would be substituted.

“Central Coast Mariners FC strongly reject that Mane swore at his teammates during the half time break of Wednesday’s Westfield FFA Cup semi-final against Adelaide United, as has been reported by some media,” the statement continued.

“Mane did express his disappointment at being told of his impending substitution in the change rooms in Adelaide, but did not direct anything towards his teammates, the coaching staff, or club.”

Mane has reportedly struggled to settle in at the Mariners after spending time away from his family.

The 26-year-old has made three appearances for the Mariners, but was left out of the squad that drew 2-2 with Melbourne City at AAMI Park on Sunday.