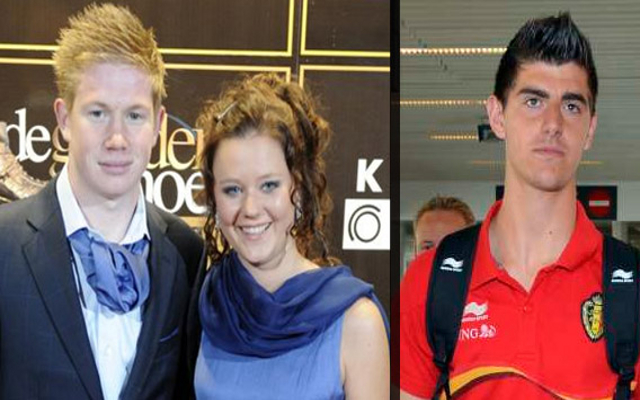 The ex-girlfriend of Kevin De Bruyne, Caroline Lijnen, has explained why she cheated on the Belgian international with Chelsea goalkeeper Thibaut Courtois back in 2012.

The footballers are now no longer on speaking terms, but still have to work in close proximity with the national squad.

Lijnen has claimed that she took revenge on De Bruyne with Courtois, because the goalkeeper listened, and cooked her a meal – something De Bruyne hadn’t done in three years!

Here are her quotes in their entirety:

Kevin cheated on me. I did not say anything for months because I couldn’t say anything, as Kevin’s parents said they would take legal action if I gave my story.

I was under pressure and I could not have contact with Kevin.

I respected everything. But in his book “Keep it Simple” Kevin wrote a passage about my affair with Thibaut. So, I decided to remain silent no longer.

In the summer of 2012, Kevin told me that he had an affair with my old best friend. I gave him the choice: her or me. I was ready to give him another chance, but our relationship was never the same afterwards.

[I then went to Madrid, and even] Kevin thought that this trip was a good idea. I asked him beforehand. But then something happened that should never have happened.

That evening, Thibaut offered me what I had not received a three-year relationship with Kevin.

With Thibaut, I could talk about anything and everything and he had even prepared me a delicious meal. Kevin never did it for me.

Kevin had deceived me and I thought: why shouldn’t I do that too?