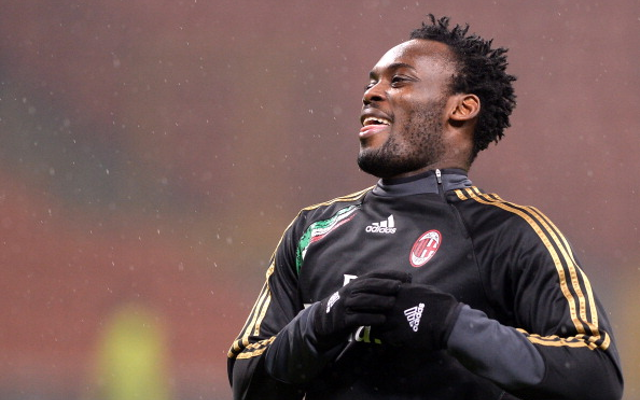 Michael Essien must feel like his career is winding down – he’s preparing for a move to the MLS!

The former Chelsea legend, who made 168 appearances for the Stamford Bridge club, recently fuelled the rumours of an MLS switch.

The midfielder re-tweeted a message from his agency which seemed to suggest that he was ready to leave the struggling AC Milan and join Michael Bradley in America.

(Though, it could also mean that Bradley is about to leave the MLS!)