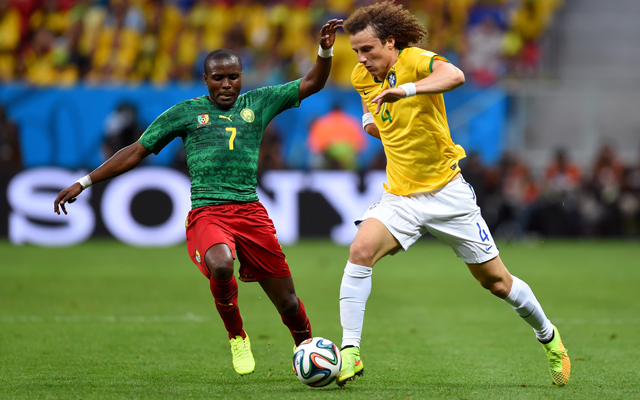 Brazil defender David Luiz has headed his side in front against Austria in their friendly.David Luiz has scored for Brazil in Austria, but should the Austrian defence have done better? As you can see from the clip, the ball takes several touches on its way into the net, but none of them are good enough to prevent the powerful attempt from crossing the line.