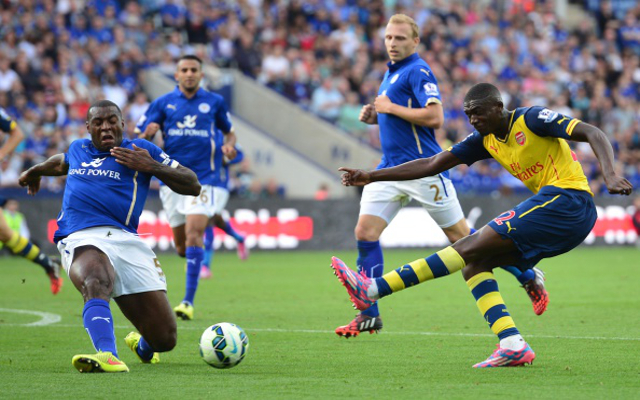 Yaya Sanogo has still not scored a competitive club goal for Arsenal, but this clip from his performance for France Under-21s versus England Under-21s proves there’s a good player in there somewhere.

This brace helped the French win 3-2, but will he ever find his feet at the Emirates…?