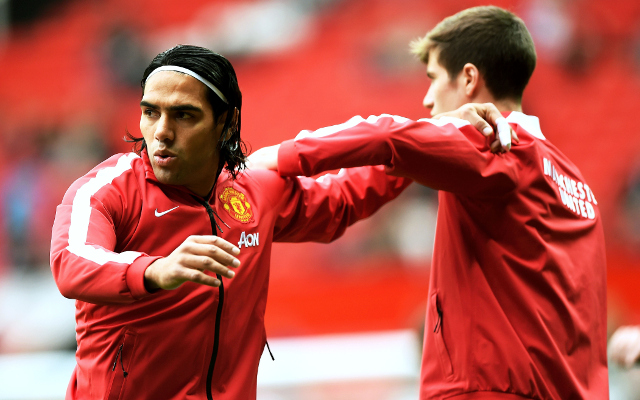 Falcao has not played for United for the last month.

Manchester United manager Louis van Gaal has confirmed that Colombian international striker Radamel Falcao will be missing for at least another two weeks after picking up yet another new injury, according to reports from the Mail.

Falcao has clearly been feeling the effects of the serious injury that ruled him out of the second half of AS Monaco’s 2013/14 campaign and also his country’s World Cup campaign, with the striker not having appeared for United during November due to a calf problem – although it is not known whether Falcao’s latest issue is an exacerbation of that or a new injury entirely.

The former FC Porto and Atletico Madrid goal machine arrived at Old Trafford on transfer deadline day on a lucrative loan move from Monaco, but he has failed to live up to expectations so far, scoring his only goal against Everton and spending more time on the treatment table than out on the pitch.

With a deal reportedly already agreed to make Falcao’s loan move permanent, United fans will be praying that his injury problems prove only to be a minor blip and that he can returned to the player who was so prolific during his spells at the Estadio Dragao and Vicente Calderon.