Roma striker Gervinho was hugged by a fan who made his his way onto the pitch in the wake of the Ivory Coast’s controversial 0-0 draw with Cameroon, a result that qualified both sides for the Africa Cup of Nations. 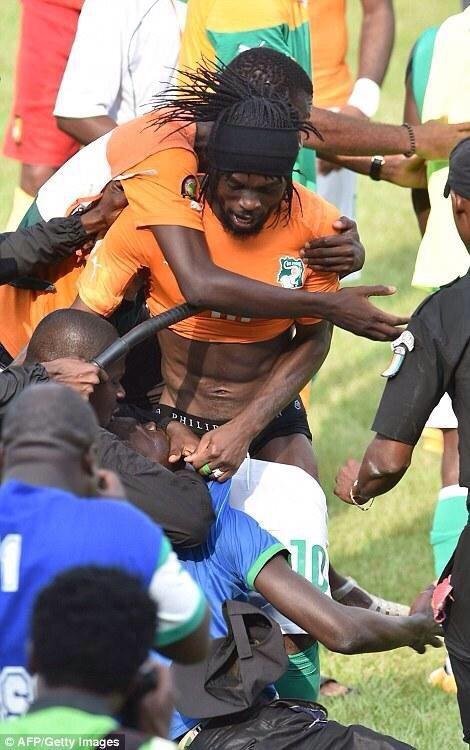 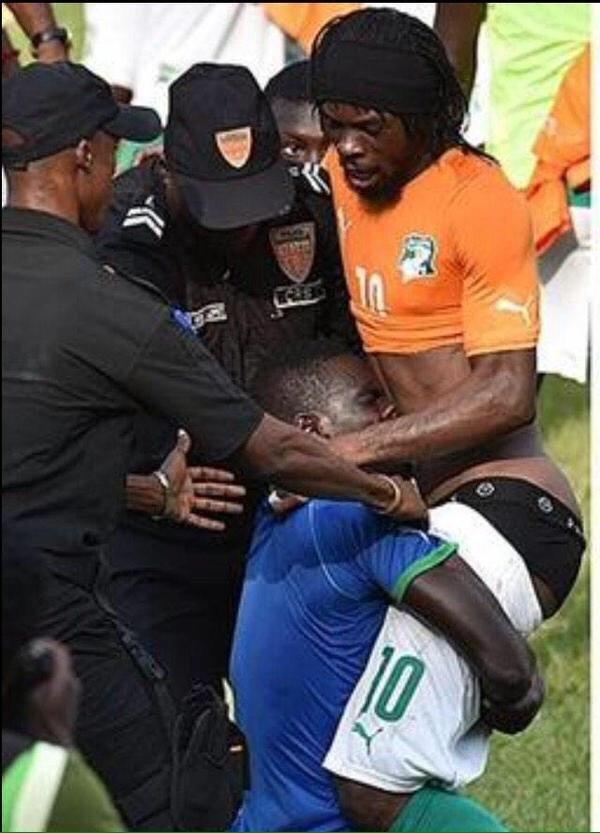 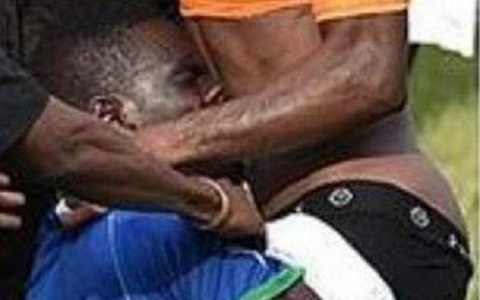