Christmas Day is more than a whole month away, but Real Madrid goal machine Cristiano Ronaldo has given in to festive fever.

The former Manchester United winger has already added a fully-decorated tree and a huge, rather creepy, Santa doll to his living room.

He showed off his Christmas spirit on Instagram on Friday, posting the below photo, which shows him posing with son Cristiano Junior.

If he likes Christmas so much, he should come back to United. Frosty Manchester is much more Christmassy than sunny Madrid! 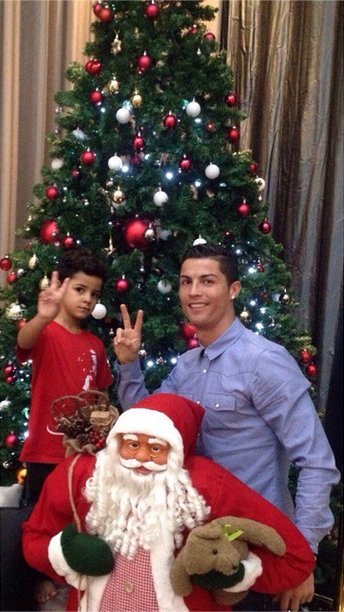