The coaches that could take over from the Frenchman.

As is becoming something of an annual – or even bi-annual – tradition, Arsene Wenger has been linked with a departure from Arsenal after a poor start to the season.

Recent results against Anderlecht in the Champions League and Swansea City in the Premier League – which saw the Gunners throw away leads to draw and lose respectively – has gotten people suggesting the Frenchman is past it once more.

It is only a matter of time before Wenger leaves the Emirates Stadium, with his current contract expiring in 2017, but if the 65-year-old were to depart before then here are five potential replacements. 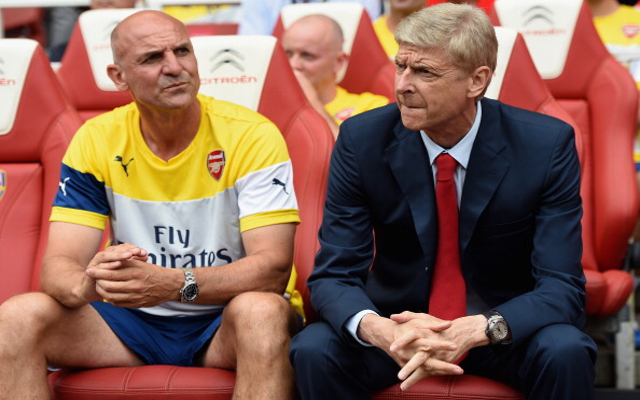 The current assistant for the North Londoners has been tipped to take over when his boss leaves having been nurtured to take the club forward in the same direction.

Bould has been a coach at the club since 2001 and Wenger’s No.2 following Pat Rice’s retirement in 2012, but this would be his first proper managerial role.