There has been a leak in the press this morning, purportedly showing Argentina’s new kit for the 2015 Copa America.

They’ve stuck with their traditional colours, but simplified it a bit.

SEE MORE
Premier League Predictions: Arsenal Set For Rare Win Over Big Rivals, Liverpool To Banish Selhurst Park Demons
Bradley Wright-Phillips Transfer – MLS top scorer could be on his way back to Europe
Copa Libertadores Qualifiers – Who is still in with a chance of making the 2015 tournament?

The Copa America starts on 11th June next year. 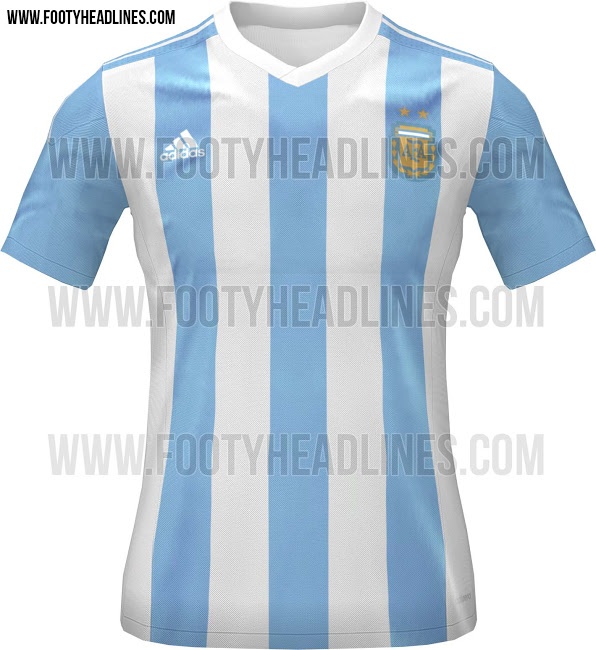