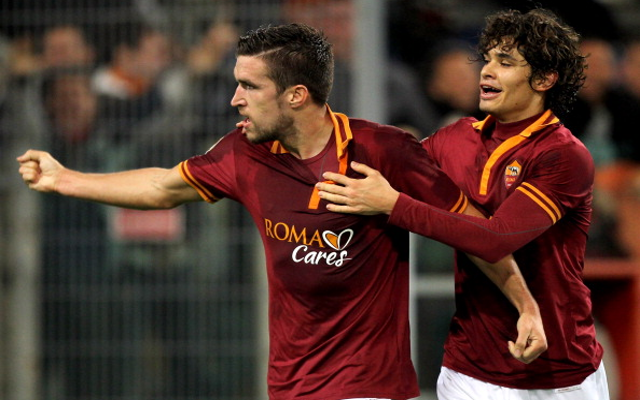 Manchester United may already have a deal in place to sign AS Roma midfielder Kevin Strootman, but not until next summer, according to talkSPORT.

The Netherlands playmaker has long been linked with a move to Old Trafford after emerging as one of their top targets to come in and improve their options in the problem position of central midfield.

Despite plenty of speculation during the summer, a move for Strootman never materialised, though it had been expected that the Red Devils would likely revive their interest when the transfer window re-opens in January.

Still, it may be that a deal of sorts has already been struck between the player and the club, with a trusted Dutch journalist claiming that the 24-year-old has ‘shaken hands’ on a move to the club.

This should see Strootman remain at the Stadio Olimpico for one more season before eventually making his way to England, in what should be a highly exciting transfer deal for the Red Devils as they search for an ideal long-term replacement for the legendary Paul Scholes in that part of the pitch.

Claiming a verbal agreement may have been made earlier this year, Hugo Borst said: “In the spring of 2014 there was a match between PSV and Feyenoord. Robin van Persie was in the stands, along with Louis van Gaal. On the other side was Kevin Strootman. The pair chatted, this was when people knew Van Gaal was going to Manchester United.

“Van Gaal asked Strootman whether he was interested in playing for Manchester United, and he said he was very willing. They have shaken hands on the deal.

“It won’t be in January but it will be next summer. He is an outstanding player.”