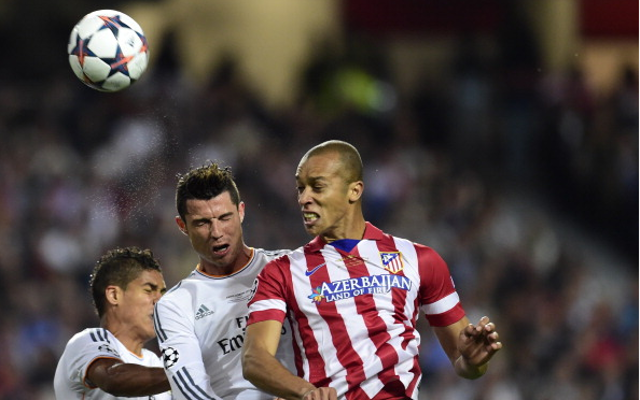 Premier League duo can land top target on the cheap.

Atletico Madrid have reportedly lowered their asking price for in-demand defender Miranda ahead of the January transfer window, according to Fichajes.net.

Manchester United are known to be among the Brazilian centre-back’s main admirers at the moment as they look to strengthen in defence this winter, and it may be that they will now be on alert for the player if he is available on a cut-price deal.

Miranda has a release clause of around £24m, but it seems that Atletico may be resigned to losing the 30-year-old this season after his superb performances over the last couple of years, which have also attracted rumoured interest from United’s Premier League rivals Chelsea.

After playing such a key role in Atletico’s surprise La Liga title win and run to the Champions League final last season, it may be that Miranda now fancies a new challenge, with Diego Simeone’s side ready to part with him for the right amount of money.

Miranda certainly looks capable of playing for an elite European club, and could fit in well in the Premier League due to his commanding, physical and aggressive style of play at the back.