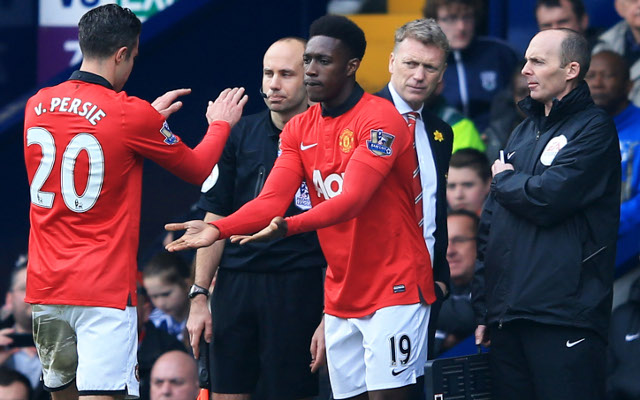 It’s a close one to call.

The big talking point of the Premier League weekend is Saturday’s late kickoff at the Emirates Stadium between Arsenal and Manchester United.

Added to the usual excitement that surrounds this fixture it could be made particularly special as Danny Welbeck prepares to face the Red Devils for the first time since a £16m summer transfer to North London.

Welbeck won’t be the only familiar face among the opposite team, as Robin van Persie made the the switch from the Emirates to Old Trafford in the summer of 2012 for £24m.

When both strikers were still at United not many would have predicted that the England international would score more than van Persie over the course of a season, but it’s not so easy to determine anymore.

Welbeck has been reinvigorated since his move to the English capital, whilst the Dutchman appears to be on the decline.

So here CaughtOffside analyses which forward will score more goals for their club in 2014/15.