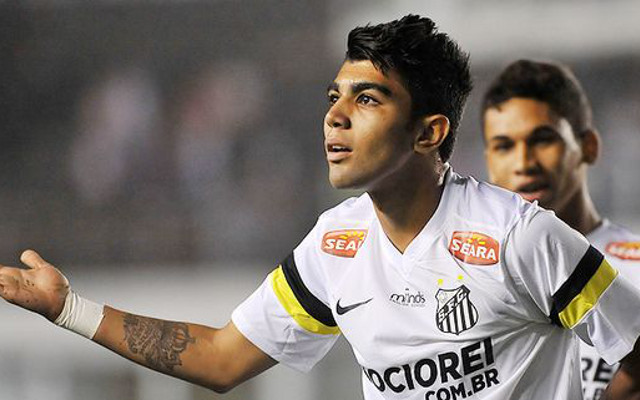 Arsenal, Chelsea, and Manchester United are all chasing Brazilian sensation Gabriel Barbosa (known as Gabigol), a player who has been dubbed the “new Neymar” in his home country, as reported by the Express.

The 18-year-old forward has been in fine form for Santos this season, and despite his young age he already has nine senior goals for the club.

His contract is set to expire in 18 months, which has attracted the attention of a number of top European clubs. There is believed to be a buyout clause of £40m in his current deal, but a bid of around £24m should secure his services.

Barcelona look to be leading the chase for his signature, with the lure of such a big club combined with following in the footsteps of his compatriot seemingly too good to turn down. The La Liga giants also reportedly recognised the talent of the youngster a year ago when they signed Neymar, and had a “first-rights” clause for Barbosa inserted into the deal.