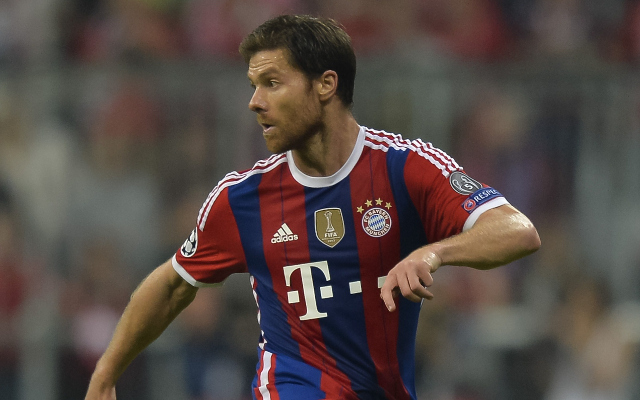 Liverpool didn’t even try to sign Xabi Alonso, a mistake which may prove terminal to their hopes of trophies this year.

Xabi Alonso has just revealed that, contrary to the rumours, Liverpool did not ever make a bid for him this summer.

This is surely the biggest mistake (and there’s some competition) of Liverpool’s disastrous summer.

While there’s no guarantee that Alonso would have made the switch an Anfield – and it would have been hard for him to resist the lure of Bayern – failing to even make an approach for the midfielder is unforgivable.

Rodger’s self-belief and faith in his players is admirable, but in this case misplaced. Joe Allen is just not a midfielder who can control a game in the Bernabeu, nor is Lucas Leiva.

Alonso, on the other hand, has been doing it for years.

SEE MORE:
Ten Premier League Players You May Have Forgotten Existed
World’s Ten Most Wanted Players In 2004 – Where Are They Now
Pep Guardiola Wants To Sign Barcelona Star Lionel Messi For Bayern Munich

The end-to-end, gung-ho style that Liverpool played last year was all very well in the Premier League, but that style doesn’t cut it in the Champions League, where the ability to control the game is vital. There’s nobody better in Europe at controlling games from the middle than Alonso, and his form at Bayern has reminded us all of that.

He has a ridiculous average of 115 passes per game, with a success rate of 90.1%. This Liverpool side are young and talented, but lack experience. Alonso would have given them what they’re lacking in the middle, and there’s no way they would be struggling as they are if they had the Basque midfielder’s nous in the middle.

Forget the flops that Rodgers did sign, it’s the ones that got away that he should be blamed for…