Tottenham Hotspur have confirmed that they are no longer in an active partnership with Real Madrid, according to the club’s official site.

The north London side first made this agreement for a ‘special relationship’ with the Spanish giants back in 2012 when they sold Croatian playmaker Luka Modric to the club in a £33m deal.

However, just a year later Spurs also sold Gareth Bale to the Bernabeu club as the partnership continued to look somewhat one-way, with the club confirming in a meeting with the Tottenham Hotspur Supporters’ Trust yesterday that the agreement hadn’t quite worked out as planned.

Having agreed to let Modric join Real, Spurs were then supposed to have an option on Madrid’s young players, though this never transpired.

Tottenham concluded that this partnership was no longer active, though they maintain that the club enjoys a good relationship with Real’s president Florentino Perez and that there could be the possibilty of a similar arrangement again in the future.

Little information had previously been given about this deal, with Spurs supporters requesting the details at this meeting, only to find out it was no longer going on.

Other issues brought up in the meeting involved plans to build a new stadium and a backing for new manager Mauricio Pochettino. 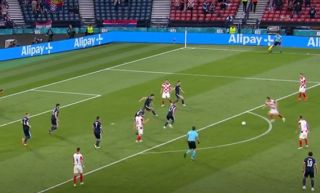