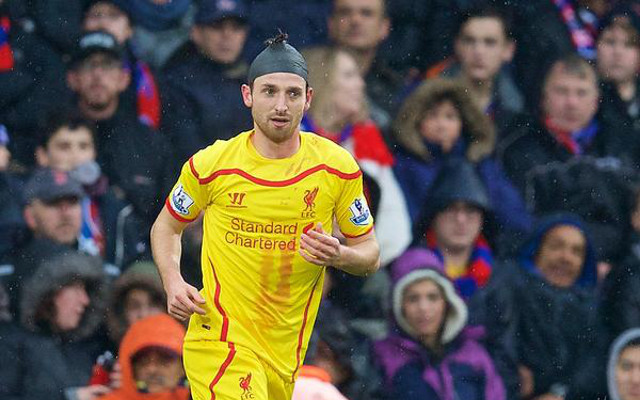 Liverpool midfielder Joe Allen left the pitch with blood dripping from his head during the first half of Sunday’s game at Crystal Palace, after clashing with Eagles winger Yannick Bolasie.

Allen was swiftly patched up and he returned to the pitch wearing one of the funniest bandages ever.

As you may suspect, Twitter had a field day…

Warning: there are some things you can never un-see, like this Joe Allen pic. #WelshXavi. RT @HuwgoBoss: pic.twitter.com/aVErdZgwXn

Joe Allen wants to be the Tin Man. pic.twitter.com/dajtYAjLap

Joe Allen getting into the festive spirit early by turning in his best Grinch impression. #lfc pic.twitter.com/AGiapkV33X