This is pretty insane…

In one of the most bizarre stories of the week, a Russian footballer hired a live bear for his son’s second birthday.

Kirill Kombarov of Russian Premier League side FC Torpedo Moscow acquired the animal from a circus company. Apparently the bear has had parts in several films.

The photo has now been deleted from the player’s Instagram, but check out a screenshot below… 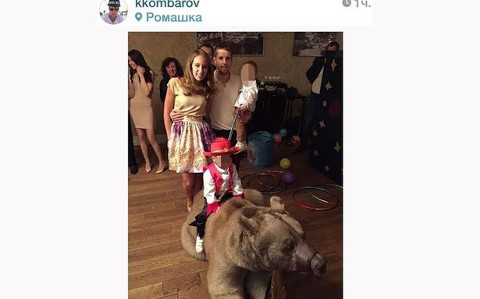