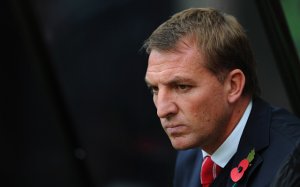 Brendan Rodgers has admitted that his position as Liverpool manager could be under threat after his side slipped to yet another Premier League defeat, this time at the hands of Crystal Palace.

Rodgers, who is quoted by the Daily Mirror, saw his team slammed by club legend Jamie Carragher as being “mentally weak” and having “no leadership on the pitch” after the latest dire collapse.

The boss responded by saying: “I’m not arrogant enough to think that I will be in a job through anything. Any manager will tell you that you have to win games and you have to get results. You have to perform.”