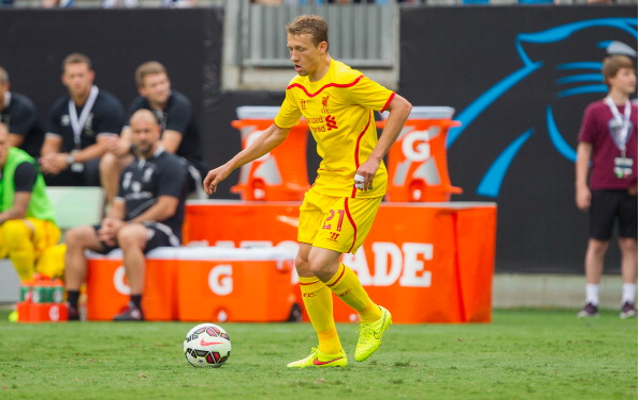 Liverpool midfielder Lucas Leiva seems likely to be heading for the Anfield exit in the January transfer window judging by recent quotes from his agent, according to the Daily Star.

The Brazil international has found himself increasingly out of favour in Brendan Rodgers’ first-team plans this season and last, with a number of injury problems over the years seeming to severely hamper his progress with the Merseyside giants.

Still, Lucas remains a top talent and is now being strongly linked with a reunion with his old manager Rafael Benitez at Napoli, with his representative doing little to cool speculation when asked about this possibility.

Napoli are known to be chasing a top class defensive midfield player and Lucas would certainly fit the bill, with the 27-year-old’s agent adding that he would be open to a move this January and that he has enjoyed working closely with Benitez in the past.

His agent Henrique Coelho said: “Is it possible for Lucas Leiva to leave Liverpool in January? Yes, naturally. Lucas really likes Benitez. After all, the two know each other well.”

Lucas was brought to Liverpool by Benitez back in 2007, and he has gone on to make 250 appearances for the Reds, though he is no longer a regular due to increased competition for places in the club’s central midfield department.